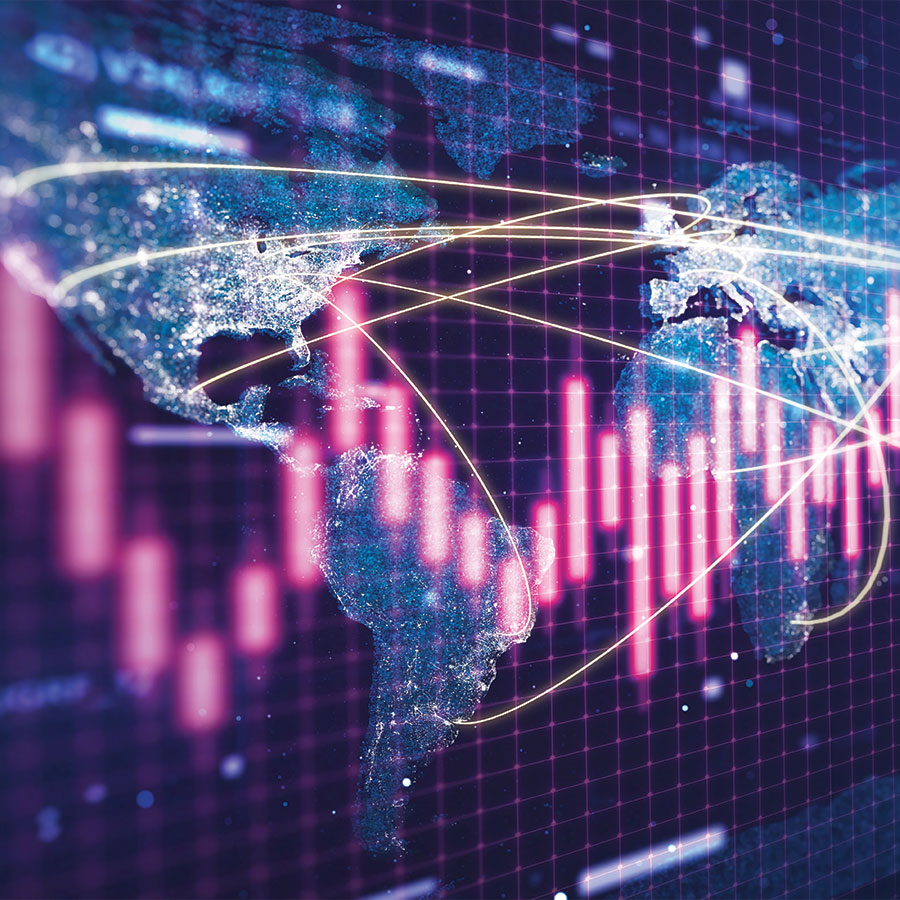 Whether you held bonds or stocks or crypto, 2022 was a rough year. Still, a few securities managed to buck the trend. Photo: Yuichiro Chino/Getty Images

Some years are remembered by investors for catastrophic market plunges. Think 1929 or 2008. Others are marked by frenzied excesses, such as the dot-com craze in 1999.

The year just ended has no memorable market event. Rather, it was a grinder, a year that relentlessly eroded the value of our portfolios, month after month. It didn’t matter whether you held bonds or stocks or crypto, everything was hammered.

Well, almost everything. There were a few sparks of light amidst the carnage, securities that bucked the trend and ended 2022 on the plus side.

Here are some of the TSX winners from my Internet Wealth Builder recommended list. If you owned a few of these, they helped ease the pain of the broad market pull-back.

Tourmaline Oil (TOU-T). The TSX fared better than any of the U.S. indexes due primarily to the strength of the energy sector, more specifically fossil fuel companies. They may be headed for dinosaur land in the not-too-distant future, but right now they’re what’s keeping many portfolios afloat. Calgary-based Tourmaline is a relatively new, well-managed business that emerged as the country’s top natural gas producer after Encana pulled up stakes and moved to the U.S., changing its name in the process. Tourmaline stock was up 67 per cent for the year and that doesn’t include dividends. Along with its regular quarterly dividend the company paid out four special dividends this year. Between regular dividends and special payments, shareholders received a total of $7.90 in pay-outs. Not a bad return.

Loblaw Cos. (L-T). You know it has been a good year for the food industry when politicians start trying to score points by criticising rising prices. Makes great sound bites but never achieves much. Meantime, companies like Loblaw and Metro keep padding the bottom line. Loblaw stock was ahead 16 per cent in 2022 and the dividend was increased 11 per cent in mid-year.

Alimentation Couche-Tard (ATD-T). Inflation, war, rate hikes – no matter how bad the times people still need gas (grumbling all the way). A bag of chips and a soda to wash it down help to ease shattered nerves and contribute to Couch-Tard’s bottom line. The stock was ahead 12 per cent for the year. The quarterly dividend was recently increased by 27 per cent to $0.14 a share.

CN Rail (CNR-T, CNI-N). Despite the threat of a recession lurking just over the horizon, both our major railroads managed to stay on the plus side in 2022. CN, which is my pick, ended 2022 with a gain of 3.5 per cent on the year. Not a lot, but at least it didn’t lose ground.

Winpak (WPK-T). Little-known companies can sometimes shine in tough times. Winnipeg-based Winpak is one example. It manufactures packaging and related packaging machines. The company’s goods are used primarily in food, beverages, and healthcare applications, with its modified atmosphere packaging used to extend the shelf life of perishable foods such as meats, poultry, and cheeses as well as medical devices. It’s a low-profile business. The shares were up 13 per cent for the year. The stock pays a small dividend.

Franco-Nevada (FNV-T). After a mid-year slump, gold is shining again with the price moving over US$1,800 an ounce. Gold mining stocks are reacting as you might expect. My favourite, which I have owned for many years, is royalty streamer Franco-Nevada. The shares were up 5.5 per cent last year plus the company has raised its dividend four times, albeit by small amounts.

These are just a few of the many stocks on our recommended list that made money last year. What’s interesting is the diversity. The energy sector is faring best, but we’re found winners in many other sectors. As for 2023, look to those areas of the economy that have done badly in 2022. I suggest you start with the banks. The whole sector looks deeply oversold.

Gordon Pape is Editor and Publisher of the Internet Wealth Builder and Income Investor newsletters. For more information and details on how to subscribe, go to www.buildingwealth.ca.