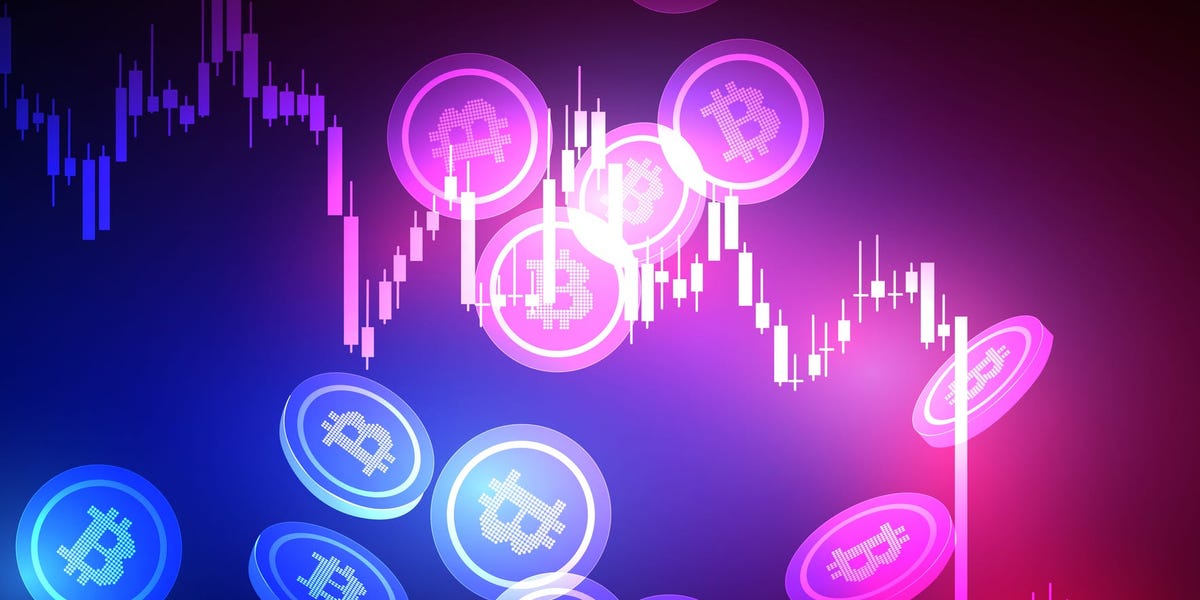 January has been a welcome month for bitcoin after its price entered the new year with a rally. Last year ended with the cryptocurrency trading near $16,000. As of Thursday, it was up by about 30%, trading at just under $21,000.

But don’t get too excited just yet, say crypto influencers and traders who spoke to Insider, including one who goes by the pseudonym Wendy O. We still have about a year left for the bitcoin halving to take place and before that, no price action will stick, she said in an interview. It’s an event that takes place every four years when the reward for mining bitcoin is cut in half. This reduces the number of new coins being created, which tightens supply and kicks up demand, sending bitcoin’s price spiking.

The next halving is scheduled to take place sometime around March 24, 2024.

This is just a relief rally, she added; at its lows in November, bitcoin was down 67% from its peak. And if you aren’t buying to take profit at this pump’s peak, then you may get wrecked.

Wendy O, who has over 182,000 YouTube subscribers and is an on-camera personality and author at CoinDesk, also believes there’s more contagion from the collapse of major crypto firms like FTX, Voyager, and Celsius that will further drag down prices. The services these entities provide aren’t always given attention when the market is rallying because everyone is preoccupied with making money, she said. However, these firms were a crucial part of the crypto ecosystem.

Wendy O is a trader and less of a long-term investor in the crypto market. She isn’t keen on looking too much into the fundamentals of a project and is more about finding profitable entry and exit price points. For that reason, she advises traders to remain wary of altcoins during this rally, no matter how large their market caps are because they may not stick around to survive the next cycle. Anything outside of bitcoin, including ether, is too risky if you don’t plan on taking immediate profits. If this rally is a bull trap and bitcoin plunges back down to $16,000, altcoins could drop further and some won’t be back, she added.

Ken Mack estimates the maximum price the crypto could reach is closer to $25,000, based on historical patterns.

“It’s highly unlikely that bitcoin can sustain further upside. The markets come in and out like the tides, we’ve got support and resistance. So the most amount of resistance that we have in this current run that we’re experiencing now is $25,000.”

He draws these estimates based on bitcoin’s historical resistance lines. He adds that it will be a local top before the price retests $16,000 to $17,000, he added.

Mack has made price calls in the past. On December 20, 2021, he told Insider he was exiting his bitcoin positions based on his conviction that bitcoin was trekking down and would eventually hit $10,000. Back then, bitcoin was still trading at around $50,000 and many crypto investors were still holding out for one final leg in the bull run. Instead, bitcoin continued to fall and is now down by about 70% from its November 2021 all-time high of about $68,000.

Mack noted that the current rally doesn’t surprise him and said the market was due for a small pump. But the remainder of the year will be a boring, sideways market, he said in an interview. He added that a real bull rally will only kick off within six months of the next bitcoin halving.

Bryan Courchesne, the founder of crypto asset firm Daim, says these price rallies on bitcoin aren’t unusual. His firm analyzed bitcoin price action over a 10-year period and found that on average, bitcoin climbs by 15% or more in one-week intervals about six and a half times a year.

“Last year, that metric only got hit three times, not six and a half times, like the average,” Courchesne said. The last time that bitcoin went up by 15% or more in a week was last July. We were massively overdue for some kind of pump like this,” Courchesne said.

Courchesne believes it was merely a trade-specific strategy, which was likely executed by one large or a few entities. Since market trading volume has been low relative to 2021, it doesn’t take much to push the market in any direction, he said.

Prices may remain elevated from their $16,000 lows for the next week or so as there’s a delay in people FOMOing, he added. Investors may continue to react to the positive move and headlines, he said. But Courchesne’s firm is sitting this rally out as they wait for what they believe will be lower prices, which he estimates will be at about $15,000.

Wednesday’s news about an unsealed complaint by a federal court in Brooklyn charging Anatoly Legkodymov, a Russian national and senior executive of Bitzlato Ltd., a Hong Kong-registered cryptocurrency exchange, spoofed some investors. Bitcoin’s price plunged by 3.4% that afternoon before slightly recovering on Thursday. This negative news may cut the rally short.

Because of the price rally, Courchesne also noted that all the short positions that exited on bitcoin have cleared out at this point and traders have to decide how they’re going to enter the next position.