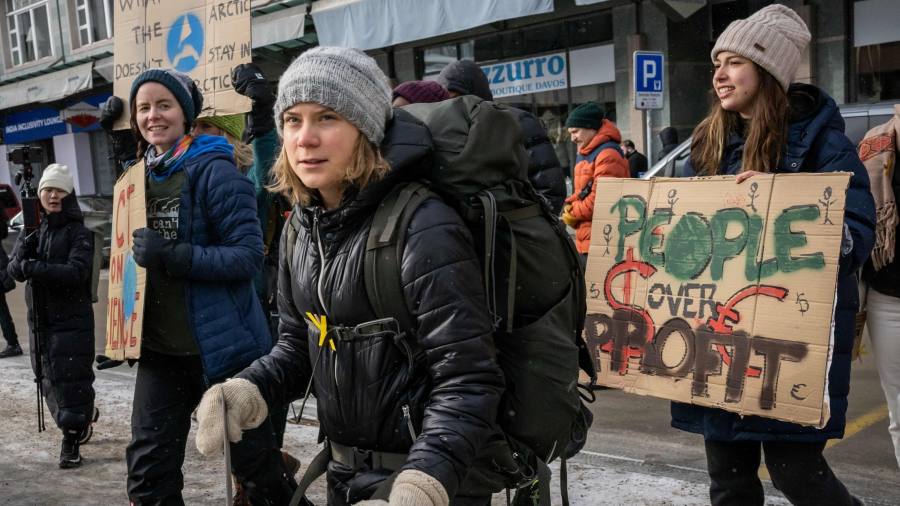 If you’re a sustainable investor, can you own any banks? They’re not the first thing that comes to mind. Environmentally, they are big lenders to the fossil fuel industry. Socially, they played a large role, to put it mildly, in the financial crisis by taking on too much risk. Governance-wise, they have been fined again and again by regulators for money laundering, trading scandals, you name it.

But with the bleak landscape for investment returns that is 2023 now upon us, some fund managers think that they can justify including some banks in their sustainable funds.

And they have decent reasons: the wider investment case for banks in an environment of rising interest rates, the vast room for improvement in cutting their own emissions, and the positive impact they can have, both environmentally, by encouraging clients to cut emissions, and socially — particularly in emerging markets.

Let’s take the wider investment case first. With interest rates rising after years at ultra-low levels, banks are profiting from the current difficult economic environment. The latest hints from the Davos economic summit suggest the global economy may not slow down as much as previously feared. And balance sheets have been strengthened after the battering of the 2008 global financial crisis, putting banks in a reasonable position to weather any storms. All of this is attractive for retail investors seeking dividends — and fund managers seeking returns.

At the same time, banks have considerable scope to improve their own patchy sustainability records. In 2021, the world’s 60 largest lenders financed fossil fuel companies to the tune of $742bn, only slightly less than the $750bn recorded in 2020, according to the latest annual report from the Rainforest Alliance Network.

That is bad, from the point of view of environmental, social and governance (ESG) standards. But banks are increasingly promising to limit their fossil fuel lending and boost green financing. That would appear to be good, if we could trust them to do it.

The pressure for progress is growing, with regulators taking more notice of the problem. The European Central Bank noted in its inaugural climate stress test on banks last year that they were underestimating their climate risks. The Bank of England said banks that failed to manage their climate risk could suffer an annual hit to their profits of up to 15 per cent.

Some sustainable fund managers take a best-in-class approach to banks, opting for the lenders that do the most to reduce both fossil fuel lending and their own emissions.

Given that it is the world’s biggest fossil fuel lender, it is somewhat surprising to see JPMorgan on the list. But while it finances fossil fuels with one hand, it has made large commitments to financing green initiatives on the other.

The others in the top five are European, which makes sense, according to Hugo Dubourg, a sustainability analyst at JPMorgan, as the European Union is ahead of most other markets on ESG-linked regulatory issues.

A report from ShareAction in December found BNP Paribas ranked highest on key climate and biodiversity metrics, followed by Société Générale, Crédit Agricole, ING and Barclays — though the report warned that banks in general had a long way to go.

Dubourg says biodiversity is emerging as a way for companies to differentiate themselves. BNP Paribas, for example, which ranks highest on biodiversity commitments in the ShareAction report, has pledged only to provide financial products and services to clients with a “zero deforestation” strategy by 2025.

For the first time ever more money was raised in the debt markets last year for climate-friendly initiatives than fossil fuels, according to data compiled by Bloomberg

John William Olsen, a sustainable manager at M&G, holds ING as part of a strategy of investing in companies aligned with the Paris Agreement on climate, with the Dutch bank achieving carbon neutrality well ahead of its peers in 2007, according to a report by S&P Global Market Intelligence.

Rebecca Maclean, manager of the Abrdn UK sustainable responsible investment equity fund, says banks are an example of what she calls “improvers”: companies that are transitioning to net zero. But she says you need “an element of scepticism” when it comes to commitments made by banks: “You need to track their progress against their commitments.”

In the UK, she recently invested in NatWest — ranked joint ninth out of 25 in the ShareAction report — pointing to a recent initiative to provide £100bn of climate and sustainable funding and financing to customers by the end of 2025.

“Financials as a sector is a very exciting area to invest in from a sustainability point of view given that a substantial proportion of emerging markets are not well served,” says Juliana Hansveden, an emerging markets portfolio manager at Ninety One.

Hansveden likes Bank Rakyat Indonesia. Its positive microfinancing approach is, she says, in stark contrast to the stereotypical “lazy, risk-averse” approach of many banks in emerging markets.

Of course, smaller, local banks in emerging markets come with their own risks, from currency to governance: Olsen says some banks just don’t have good enough governance to be included in the portfolio.

In general, this sort of sector-based approach to sustainable investment may make sense in a world where there are no easy returns any more, whether in ESG or the broader market. vEven more than before, ESG-oriented investors have to bring together the hunt for returns with the pursuit of sustainability. As Maclean says: “It’s a combination of financial conviction and ESG conviction.”

Alice Ross is an FT contributor. Her book, “Investing to Save the Planet”, is published by Penguin Business. Twitter: @aliceemross