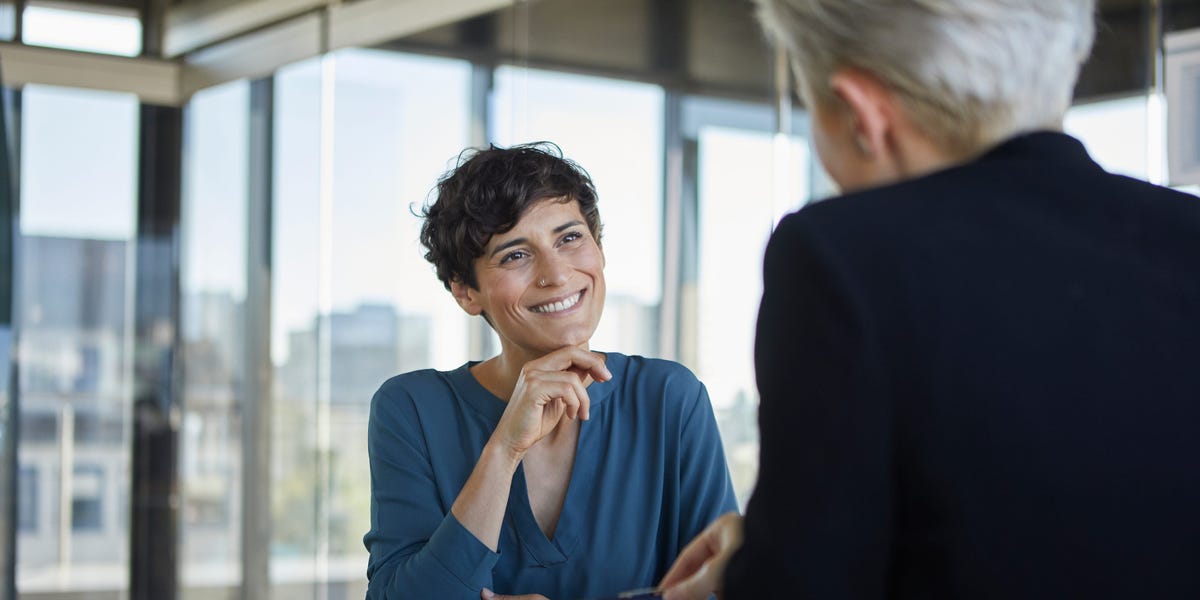 The pandemic era’s surge in quitting and job switching shows little sign of slowing, and American workers are still feeling good about their prospects.

A recent LinkedIn survey of more than 2,000 US employees conducted in December offers fresh insight into how workers feel about the job market in 2023.

In a word: confident.

Roughly two-thirds of American workers are considering changing jobs this year, mainly to boost their salary and improve their work-life balance, according to the results. Meanwhile, 94% of workers polled said they feel confident in their current job; 56% said they’re “extremely confident,” meaning that they “feel perfectly capable in every aspect” of their job.

And while nearly 40% of US workers said they “are nervous about being laid off,” LinkedIn told Insider in an email that around half of professionals feel “more confident” gunning for a promotion, asking for a raise, or finding a new job in the new year than they did at the start of 2022.

The findings highlight the resilience of the American worker, nearly three years since the pandemic upended the global economy. At a time when many organizations remain desperate to hire and keep employees, American workers have seen their leverage in the job market grow.

“Right now we see that workers still have a lot of bargaining power,” Cory Stahle, an economist at Indeed, told Insider. “We’re still in a position where there are a lot of jobs available out there in the market.”

Indeed data shows there are more job postings as of early January compared with before the pandemic.

Workers are confident, but recognize the need for self-reliance

Since early 2021, workers have been quitting jobs at record levels, which has made for an exceptionally tight labor market. As of November, there were 1.7 job openings per unemployed person.

“The term Great Resignation’s been used, but it also, in many cases, is coming from workers who are just switching from one job to another,” Stahle said. “Workers feel more comfortable doing that when the labor market is tight.”

Today, though, the economic picture is more murky: While there are worries about the economy amid layoffs in some industries, other economic data, like job growth, suggests the US could avoid a recession in 2023.

Workers, for their part, appear unfazed. Logan Mallory, the vice president of marketing at Motivosity, a company in Utah that makes HR software, is a prime example. He has no plans to leave his employer, but he also realizes the need for self-reliance.

“I love my job, I am giving it my all, and I have zero fear of being let go,” Mallory told Insider.

That said, he’s not oblivious to the tech layoffs currently dominating the headlines. While layoffs overall remain historically low, the fact that the companies making cuts, including Amazon, and Microsoft, are household names, gives him pause.

That’s why Mallory is determined to control what he can control.

“I am responsible for my own career — I can’t rely on my employer, I don’t control my employer,” he said. “I have to be the one who keeps my resume fresh, works on high-impact projects, and understands what the market needs from me.”

Millions of Americans lost their jobs when Covid hit in 2020, but the US labor market has since recovered those losses.

Still, the pandemic reshaped work in many ways. Some workers now have more flexibility, with either the ability to work from home or to work around scheduling needs. The pandemic also changed many people’s professional priorities, as well as their perspectives on their jobs.

The upshot is a much more resilient and self-sufficient workforce, Andrew McCaskill, a LinkedIn career expert, told Insider.

“American workers have been through a lot in the past few years,” he said. “They’ve had to adapt to a lot of change, and the pandemic gave them new perspectives.”

“The massive shifts in the workplace mindset that occurred during the pandemic are not going away,” he told Insider.

“I think a lot of workers are more cognizant of seeking balance in their lives and not necessarily making work the central part of their identity as prior generations had,” Terrazas added. “That is going to be slow to fade.”

The global health crisis sparked self-reflection and inspired many people to make adjustments to their personal and professional lives and also to set new boundaries at work, Elena Obukhova, associate professor of strategy and organization at McGill University, told Insider.

“People are less likely to put up with something that they’re not satisfied with,” she said. “They’re less attached to their employers and more apt to abandon a job if they’re unhappy. That’s what the Great Resignation has shown us.”

Of course there’s an argument to be made that if the economy were to dip into a recession, workers’ confidence could haunt them. But experts say that demographics work in employees’ favor: the aging population, for instance, points to a labor shortage that will stick around amid high worker demand.

According to Stahle, “workers are going to have bargaining power for years to come.”