Managing director of Lagos Commodities and Futures Exchange (LCFE), Mr. Akin Akeredolu-Ale, has described the Investments and Securities Bill as a game changer that is capable of enabling the commodities trading ecosystem to diversify the economy and provide the nation with foreign exchange.

Akeredolu-Ale stated this, while speaking  on the Investments and Securities Bill which was recently passed by the House of representatives.

He stated that Nigeria is a commodities country as a better part of the GDP by way of production comes from the commodities ecosystem and urged that Senate to ensure swift concurrence on the Bill.

“We need that concurrence by the Senate as quickly as possible. I am very happy that the NASS has taken it upon themselves as well as the SEC to push this bill. That bill is a game changer for the Commodities Ecosystem, and also a game changer for Nigeria as a commodities country.

“For now, a lot of commodities being traded is still in the informal sector, the bill would create structure and all the leakages from taxation and revenue will be taken care of by this bill.

“The major things about the commodities ecosystem is the fact that we are looking inwards in Nigeria now.

of the impact of the policies that the CBN had done last year by way of supporting the agriculture space are paying off now in the maize, wheat and rice space among others. And for us at the LFCE, we have also looked at the part of commodities that has to do with solid mineral which is the gold space.

“In Nigeria we have over 58 different solid minerals that are sought for all over the world, we have not touched platinum or lithium which is the major component for batteries and electric cars. These are the kinds of commodities that by the time the bill is passed, we would be able to have proper structure and attract foreign investors,” he pointed out.

He disclosed that, in a bid to further deepen the Commodities Trading Ecosystem in Nigeria, the Securities and Exchange Commission (SEC) has approved 13 products for trading on the Lagos Futures and Commodities Exchange. 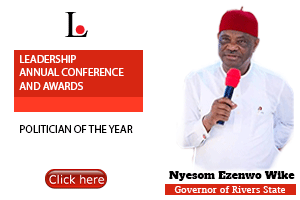 He restated the compelling need for the federal government to unlock the potentials of the Nigerian commodity ecosystem through the concurrence of the Investments and Securities Bill by the Senate, stating that, at the minimum, it will enhance the competitiveness of commodities exchanges in Nigeria.