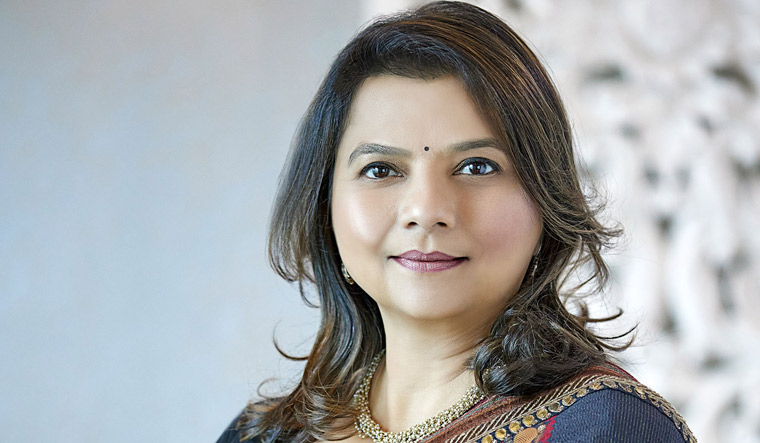 Equity market investors generally saw muted returns in 2022. The benchmark indices were up just around five per cent for the year, with fair bit of ups and downs in between. This year too, equity market investors must brace for range-bound returns, feels Amisha Vora, chairperson and managing director of Prabhudas Lilladher Group.

Last year, huge foreign institutional investor (FII) outflows were countered by strong domestic inflows into stocks and mutual funds. However, this year as interest rates have risen, fixed income instruments, including bank fixed deposits, will pose a challenge for equity markets. There could be some outflows from stocks and equity mutual funds to fixed income and fixed deposits, feels Vora.

Equity investors had a roller coaster ride in 2022. Are we in for another volatile year?

Near term volatility looks likely, given fears of a global recession and risk to incremental flows in equity markets given attractive debt market returns.

But, if you see from an earnings growth perspective, particularly when we see the Nifty composition, 30-35 per cent weight is financials. Credit growth, after a very long time, is back in double digits. Asset quality is tapering off in terms of NPAs, so also will be provisioning. So, the profit growth of 35 per cent of Nifty weight will be fantastic. When it comes to another 10-14 per cent, which is IT, their growth will come down, but they are not going to show a de-growth. The cost pressure will subside and that will give a leg room for their margins to expand.

Overall, we are still expecting Nifty to show earnings growth of about 14 per cent plus in FY 24. So, around six per cent inflation on an average, and 14 per cent earnings growth are still a good combination. So, we cannot crash land. When we don’t have the fear of crash landing with the violent global environment, markets will be broadly range-bound.

Where do you see the benchmark indices by December 2023?

With the budget around the corner, do you think the finance minister will give a booster shot to the economy in the backdrop of the global growth slowdown?

Developed markets are staring at a recession as incremental inflation and interest rate have been very steep, and central banks are aiming for a significant cut in inflation before the interest rate cycle reverses. India is doing better given bigger domestic demand, relative self-sufficiency in food grains, strong infra push and public support under welfare schemes. Reforms, demographic and economic factors are also at play. We believe upcoming budget will be pragmatic with a mix of growth focus and populism given that it will be the last full budget before next year general elections.

Over the last few years, government has been giving a huge push to manufacturing through the PLI schemes. What are the other things you think the government needs to do to boost economy, investment and jobs?

FIIs were big sellers last year. But, that was offset by strong domestic flows. What kind of impact rising interest rates can have on domestic flows this year?

We had Rs 1.25 lakh crore of FII net selling last year, but DII inflows of Rs 2.75 lakh crore. Despite such strong inflows, the benchmark indices gave only four per cent return and 80 per cent of the funds underperformed the benchmark.

Compare that with fixed income. This year, it will start giving better returns. Simple FD (fixed deposit) is giving seven per cent returns now. So, now there is going to be a bit of a competition of these retail funds between FD or fixed income and equity. That is a factor we need to keep in mind.

Which are the sectors you will continue to bet on this year?

We continue to like auto, capital goods, defence, banks, insurance and hospitals. We believe IT services is a contra play given deep correction in last one year. We believe rural demand could see some uptick in a pre-election year which would benefit consumer staples and select auto names.

Between large, mid and small caps, where should investor focus be now?

Large caps have outperformed mid and small caps in the past three months, which usually happens during weak and volatile markets. We believe it is a transient phase and would focus on stock picking irrespective of the market cap bracket of stocks. We recommend theme-based investing rather than market cap based approach.