Apple (AAPL 1.92%) has been one of the top stocks on the market over the last 20 years, surging over that time to become the most valuable company in the world. The company dominated the mobile computing era thanks to the success of the iPhone, and it supplemented its devices businesses with its high-margin services ecosystem, built around the App Store.

However, like other tech stocks, Apple couldn’t escape the market malaise of 2022, and the stock finished down 27%, better than the Nasdaq Composite but worse than the S&P 500.

Looking ahead to 2023, investors are hoping for a comeback. But will Apple deliver? Let’s take a look at what to expect from the iPhone maker this year, and whether it can beat the market. 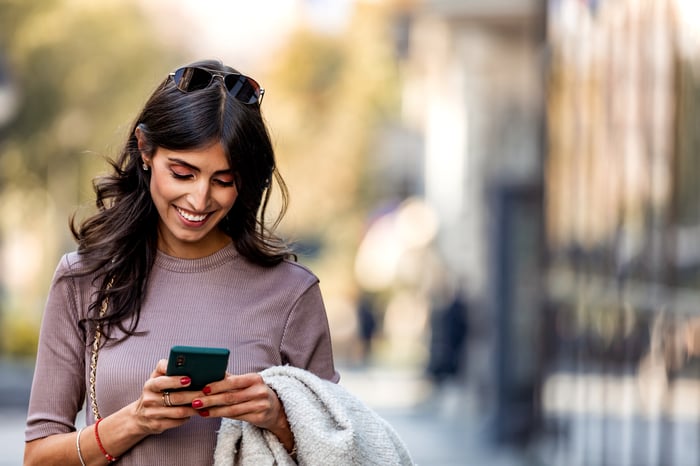 In its most recent earnings report for the fiscal fourth quarter, Apple delivered solid results. Revenue rose 8% to $90.1 billion and earnings per share ticked up 4% to $1.29. However, management declined to give specific guidance due to uncertainty in the global economy.

For the key fiscal first quarter, which is Apple’s biggest of the year as it follows its latest iPhone release, management declined to provide revenue guidance due to uncertainty, but said it expected revenue growth to decelerate from the September quarter and December quarter. It also forecast 10 percentage points of foreign currency headwinds, though the dollar has weakened significantly since it issued that guidance.

It’s worth heeding CFO Luca Maestri’s commentary about uncertainty. As a maker of high-end consumer electronics, Apple is sensitive to the global economy, and a recession is likely to weigh on demand for its products. Consumers may delay upgrading to the latest iPhone, or trade down to one of the cheaper models when they do.

In an announcement warning of production delays, the company did say that iPhone 14 demand was strong, a sign the company may continue to grow through the year.

Apple generally keeps its product updates and releases close to the vest, but a couple of big changes are on the way this year. According to Bloomberg, the company is expected to introduce a mixed-reality headset later this year, possibly at its Worldwide Developers Conference in June, and the price point could be as high as $3,000.

Unlike any new products it’s released in several years, the device has the potential to move the needle for Apple if the metaverse goes mainstream. And with its brand leadership in consumer electronics, the company seems like the early favorite in the space, despite the efforts of Meta Platforms, which is pouring billions into Oculus and its VR technology.

Moving forward with its push to develop more of its chips in-house, the company is also building a new team to develop wireless chips that it previously bought from companies like Broadcom and Skyworks. The project could take years to implement, but it is likely to save Apple on costs over the long run, differentiate its product, and give it more control over its supply chain.

Will Apple beat the market this year?

Apple is now trading at a price-to-earnings ratio of 22, about as cheap as it’s been since the pandemic started, and only slightly more expensive than the S&P 500.

Considering the company’s dominant brand, competitive advantages including its installed base of roughly 2 billion devices, and its high-margin services business, there are a lot of reasons why the stock should trade at a premium to the broad-market index.

Whether Apple can beat the market this year will likely depend on the overall economy. If the global economy continues to slip into a recession, Apple is likely to suffer, especially if its profits decline. However, the good news is that analyst expectations are low, calling for revenue and earnings-per-share growth in the low single digits. If the stock can beat those targets and the economy shows signs of recovery, Apple has a good chance of beating the market this year. Over the long run, its wide economic moat and steady expansion in demand should support the business’s growth and its ability to return cash to shareholders.