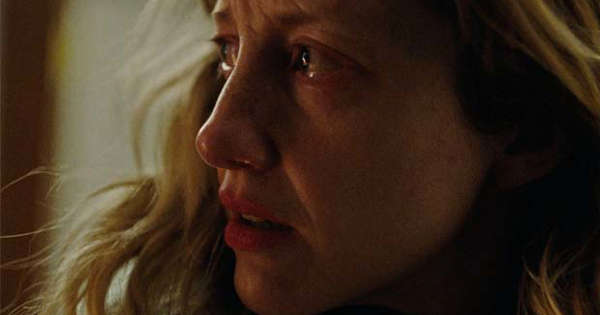 
Admit it: Two months ago – maybe even two weeks ago – you’d never heard of Andrea Riseborough. And yet early Tuesday morning, there she was on the list of Best Actress nominees, seemingly against all odds. “To Leslie,” a movie that had premiered to mildly positive reviews last March at South by Southwest” and grossed a scant $27,000 in a short theatrical window somehow resulted barely 10 months later in a major Academy Award nomination for its lead.

How did this happen for an actress pulled from virtual obscurity? There is no shortage of theories, but primary credit goes to the late support of Roseborough’s A-list turning out all over social media to sing the praises of her searing performance as an alcoholic who ultimately finds redemption. No less than Gwynyth Paltrow., Amy Adams, Judd Apatow, Ellen Barkin, Edward Norton, Jennifer Aniston, Charlize Theron, Sarah Paulson, Alan Cumming, Helen Hunt, Minnie Driver, Debra Winger, Patricia Clarkson, Mira Sorvino, Rosie O’Donnell, Joe Mantegna and Kate Winslet began stumping for her grassroots Oscar candidacy, seemingly unprompted. Winslet said of Riseborough’s work in “To Leslie,” “I think this is the greatest female performance on-screen I have ever seen in my life” Some dismissed it as mere hyperbolic. But you can’t argue with the results. It worked.

It isn’t that Riseborough came completely out of nowhere. The British-born performer had a small role in the Best Picture Oscar-winning “Birdman” and in “Oblivion” with Tom Cruise. But for an actress who was on nobody’s radar to come within 10,000 miles of an Oscar nomination as recently as November to pull it off – and for a movie made in 19 days on a budget of less than a million bucks – is astonishing. Even with the late bid, few were predicting Riseborough could really make it into the end zone. But she got the touchdown today despite having gotten snubbed at the Golden Globes and the Critics Choice Awards.

PREDICT the 2023 Oscar winners through March 12

Make your predictions at Gold Derby now. Download our free and easy app for Apple/iPhone devices or Android (Google Play) to compete against legions of other fans plus our experts and editors for best prediction accuracy scores. See our latest prediction champs. Can you top our esteemed leaderboards next? Always remember to keep your predictions updated because they impact our latest racetrack odds, which terrify Hollywood chiefs and stars. Don’t miss the fun. Speak up and share your huffy opinions in our famous forums where 5,000 showbiz leaders lurk every day to track latest awards buzz. Everybody wants to know: What do you think? Who do you predict and why?