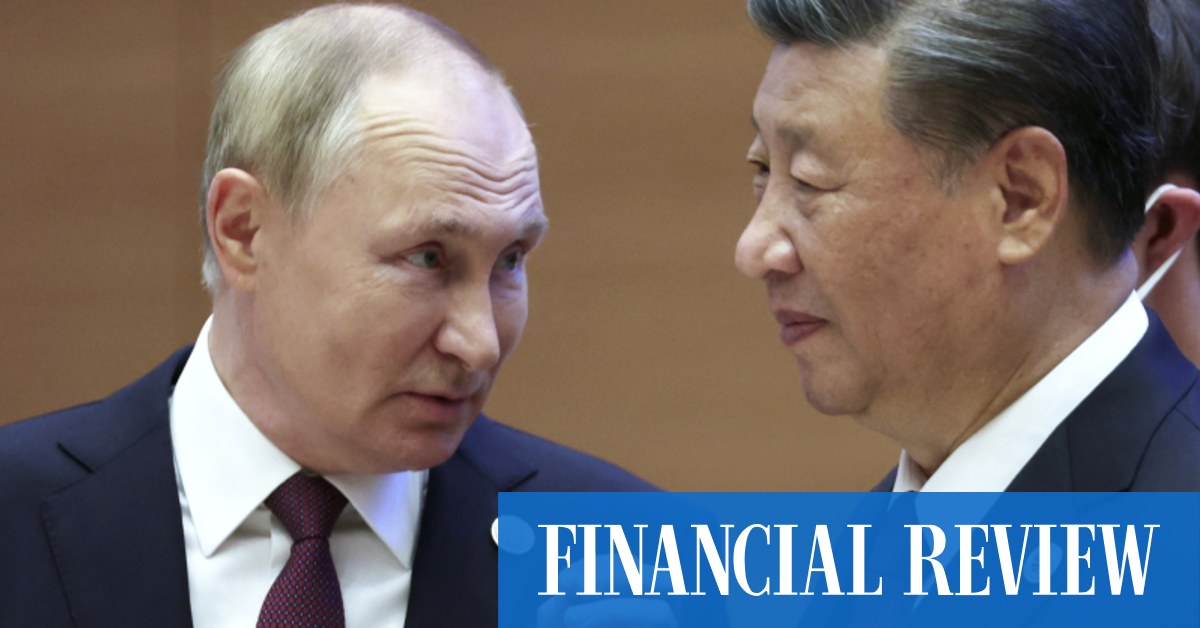 While the information is not clear-cut and remains the subject of debate, US officials agree that the Russia-China relationship is extremely close now and that China is doing more than it once did in support of Russia.

The people familiar with the administration’s thinking characterised the state-owned enterprises’ activities as knowingly assisting Russia in its war effort. They did not elaborate on what evidence Biden administration officials might have to support that view.

The administration is reviewing the evidence it has accumulated to determine its significance. A finding that Chinese companies were supporting the invasion would have troubling implications on US policy toward both Russia and China.

The US strategy over Ukraine rests in part on isolating Mr Putin’s government and seeking to choke off his economy and hinder the war effort. Increased support from China, the world’s No. 2 economy, could significantly undercut that strategy.

And if Mr Biden and his advisers determined China’s government was involved in, or tacitly accepted, the actions of those state-owned enterprises, they would be forced to decide how much to push back.

That could risk worsening a dispute when the Biden administration is trying to balance stabilised ties with Beijing as it moves to limit Chinese access to high-end microchips and to confront China over its posture toward Taiwan.

Treasury Secretary Janet Yellen met Vice Premier Liu He last week and US Secretary of State Antony Blinken is set to visit Beijing in February, the first such visit since the COVID-19 outbreak shut down travel in early 2020.

Pretty hard to be neutral

Russia and China declared a “no limits” relationship before the war and US officials believe Beijing initially intended to sell lethal weapons to Russia for use in the battlefield. But the administration views China as having scaled back that plan and argues it is not doing as much as it could to help Mr Putin’s invasion, the people said.

China on principle rejects any sanctions apart from those agreed at the United Nations, and sees US calls on other countries to restrict trade as a violation of sovereignty. China’s imports from Russia increased almost 50 per cent in 2022 from the year before, while exports rose 13 per cent.

“Now, what you hear from Beijing is that it claims to be neutral,” Mr Blinken has said. “I would start with the proposition that it’s pretty hard to be neutral when it comes to this aggression.

In late December, Mr Xi and Mr Putin held a phone call in which they agreed to co-operate on trade, energy, finance and agriculture, Chinese state television reported.

Mr Xi told Mr Putin that Beijing would further play a constructive role in trying to resolve the Ukraine “crisis”, though the road to peace talks would not be smooth, the state TV report said.