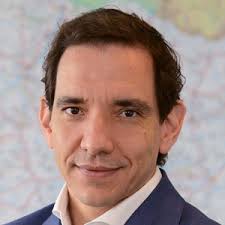 While plans for higher public investments in highways and the continuity of the concessions agenda have been well received by Brazilian sector players, the business environment still needs to improve, for example, by structuring more operations under the project finance non-recourse model.

Marco Aurélio Barcelos, head of highway concessionaire association ABCR, talks with BNamericas about the government’s plans regarding this and other topics.

BNamericas: What is ABCR’s assessment of the first announcements by the federal government regarding the road agenda?

Barcelos: The main and most positive sign relates to the continuity of the concessions agenda and the commitment to meet the deadlines for the projects on offer. For example, it was important to signal progress in the concession plan of highway lots in Paraná state.

Parallel to the concessions agenda, I also considered important the signal that the government will increase public investments in highways.

BNamericas: Why is more public investment positive for road concessionaires?

Barcelos: Not all highways in Brazil attract the interest of the private sector.

However, when the government takes over projects to improve these highways, it may in the future generate an increase in traffic flow and make these highways interesting stretches to be offered through concession contracts at some point.

The improvement of the road network ends up being beneficial for all sides.

BNamericas: When is the auction for the Paraná concessions likely to occur and how much demand do you expect?

Barcelos: The expectation is that this auction will happen as soon as possible since this has already been structured for some time now. There is indeed demand for these lots.

However, we cannot take too long, because the more time passes, the greater the depreciation of the existing asset.

Of course, the change of government caused a delay in this process, but that this process did not go back to square one was important.

I think it is feasible that the public notice be published in the first half and it would not be impossible to launch the auction in this first half too.

BNamericas: Is a change in the federal highway concessions model possible to include shorter stretches or contract terms?

Barcelos: It is still too early to gain full understanding of what the new [transport] minister thinks, but I see regulator ANTT has the will to improve project modeling, to reduce investor risks and generate more demand at auctions.

The risks that still need to be improved are related to geological risks, environmental risks and mainly risks related to increased input costs during the contract term.

BNamericas: Could the government tighten the environmental licensing process?

About licensing, the problem I see is the delay in environmental licensing processes. Delays in licensing hinder the success of projects. So, it is necessary that environmental agencies develop a sensitivity to reduce these deadlines.

BNamericas: What role will development bank BNDES play in the road segment?

Barcelos: It is too early to know whether BNDES will continue to structure concession projects, but it would be good if it did.

At the same time, BNDES should work on the consolidation of the non-recourse project finance model for highways. Some BNDES initiatives are underway, but we need to gain more scale.

This financing model isolates companies’ cash flow and leaves companies with a free balance sheet to participate in new contracts.

BNamericas: What’s your view on the cement sector’s push to promote the use of rigid pavement, using cement instead of asphalt, across the public and private sectors?

Barcelos: Several studies on rigid pavement have been published, but a challenge is maintenance cost. Maintaining this [material] is not trivial. Results showed it is more durable, resistant than asphalt, but rehabilitation will require more work.

This is not obvious, it is not simple. But it is a fact that we need to study more efficient and sustainable ways of paving.

BNamericas: Is the sector still under cost pressure, especially regarding asphalt? Could concession contracts be returned for cost reasons?

Barcelos: We talked a little about eliminating uncertainties in the sector and this cost issue is associated with that. We saw very large price fluctuation during the pandemic and this caused major disruptions in the cash flow of many companies and so far we have not seen ANTT making a move to resolve this.

However, it is still too early to say whether concession contracts that saw large cost increases will be returned, since a return is always a drastic measure.